If you like to get off-road with raw power, the question arises, which is better, quad bikes or motocross bikes? A couple of decades ago, there would have been no competition, as quad bikes were only introduced in 1983, but now the question is fiercely debated.

As with most things in life, the answer is not clear-cut and straightforward and depends on a number of factors, most notably, not the least of which is how you intend to use your preferred mode of transport.

If you intend to go off-road for the sake of sport, speed and exhilaration, then probably the best choice for you is a motocross or dirt bike. On the other hand, if your main reason for getting out is working or hunting, then a quad bike is preferable.

What makes the quad bike the best alternative for work or hunting is the ability to carry more equipment, often with a small trailer. The quad bike can act like a small tractor if required, so it is particularly useful in a farm environment. You can use it to pull logs, carry hay bales or water barrels for example, something that is very difficult on a dirt bike.

On the other hand, quad bikes are more cumbersome to manoeuvre and you may find it difficult to squeeze one through small gaps which a motocross bike will take with ease.

Although quad bikes are fun to ride, you must be careful to ride them within limits. While falling off a motocross bike can be dangerous, flipping a quad bike can result in very serious injuries.
For sheer speed and exhilaration, it is hard to beat the motocross. It has the ability to go fast, take jumps and yet can enable you to pick your way through tricky terrain at very slow speeds with ease. If you ultimately intend to race, then a motocross bike is probably the way to go. Another factor in favour of the motocross bike is the ease of transport. You can fit two motocross bikes in the space required for a single quad bike. And a motocross bike is lighter to pick up or move around than a quad bike.

Whichever you choose, you need to think carefully about the type of power unit. Two stroke engines are generally more powerful but not as long lasting as a four stroke model. Four stroke engines tend to be heavier than the equivalent two stroke motor. But regardless of your choice, the important thing is to have fun with your purchase, whether you use it for work or play. 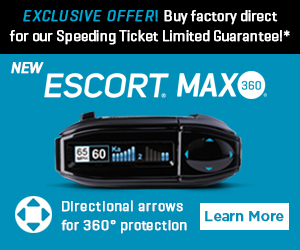