The Shelby Cobra has already had a 50th anniversary or two, depending on the model being celebrated. This time, the half-century mark comes for the 427, and it bears some special equipment to mark the occasion—and the car’s legendary performance.

Just 50 examples of the 50th Anniversary Shelby Cobra 427 will be sold, all bearing gold 50th anniversary badges and logos, plus a range of unique features. All examples will feature either aluminum or fiberglass bodies, offered in either Polished Aluminum or Guardsman Blue/Wimbledon White stripe exteriors (fiberglass cars are offered only in the blue/white combo).

As with previous 50th anniversary examples, cars in this run will bear the special CSX serial number prefix, in this case running from CSX4550-CSX4599. Each car will also bear its place in the total run of 50 cars on a special badge (numbered “1 of 50”, “2 of 50”, etc.)

Each of the 50th anniversary 427s also features elements authentic to the original, but reinterpreted to modern standards and materials, including high-end leather, upgraded modern brake components, and stiffer frames. Dual A-arm suspension with coil-over shocks complement the stiffer frame and modern brakes. 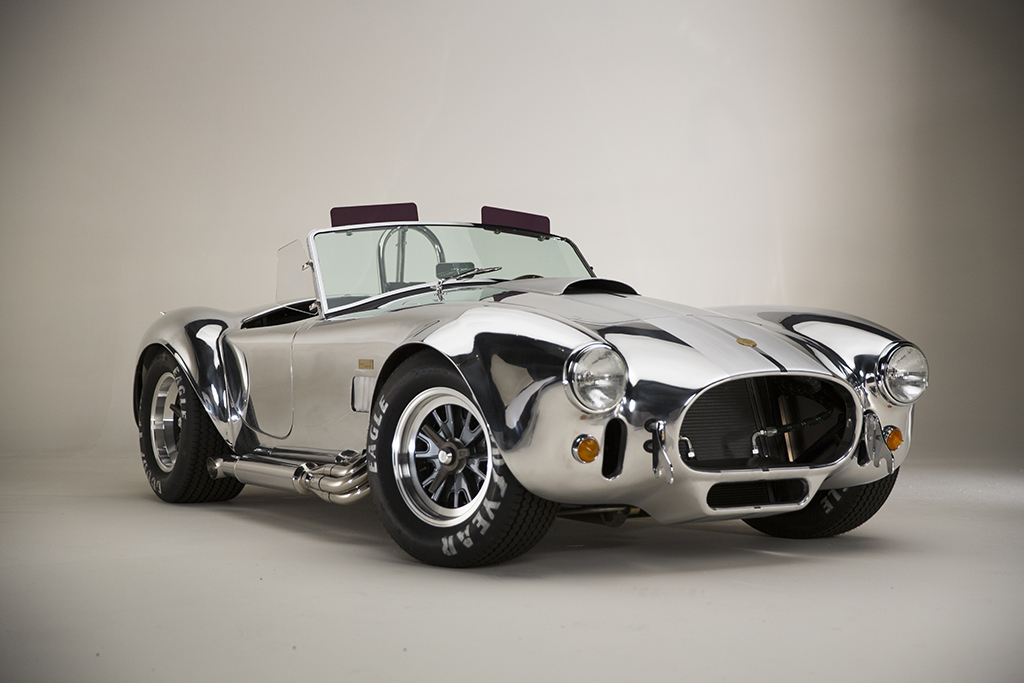 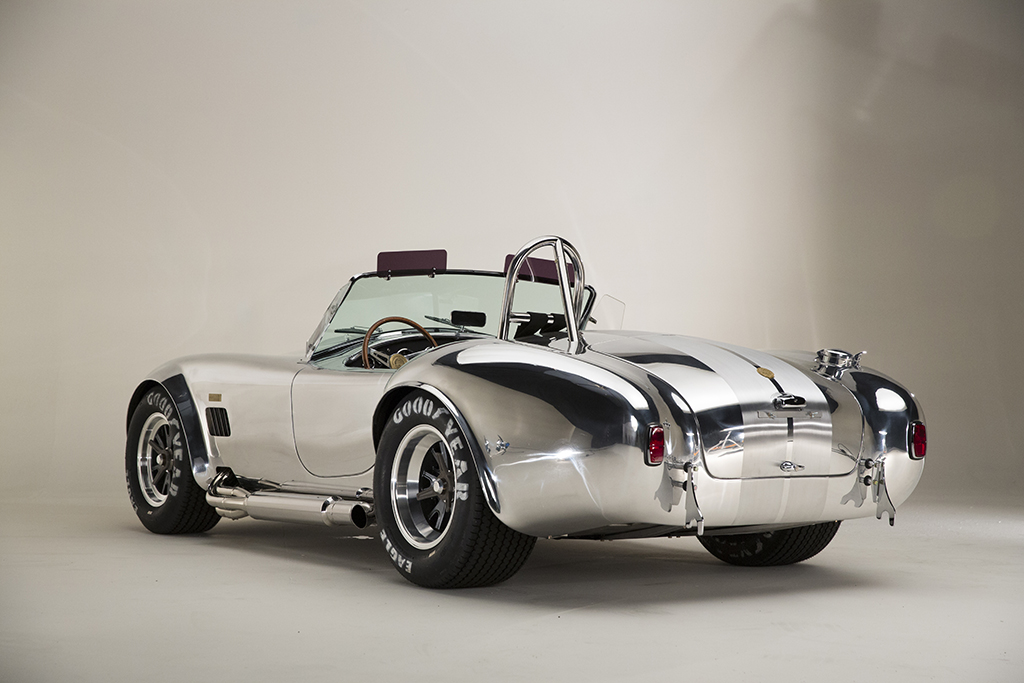 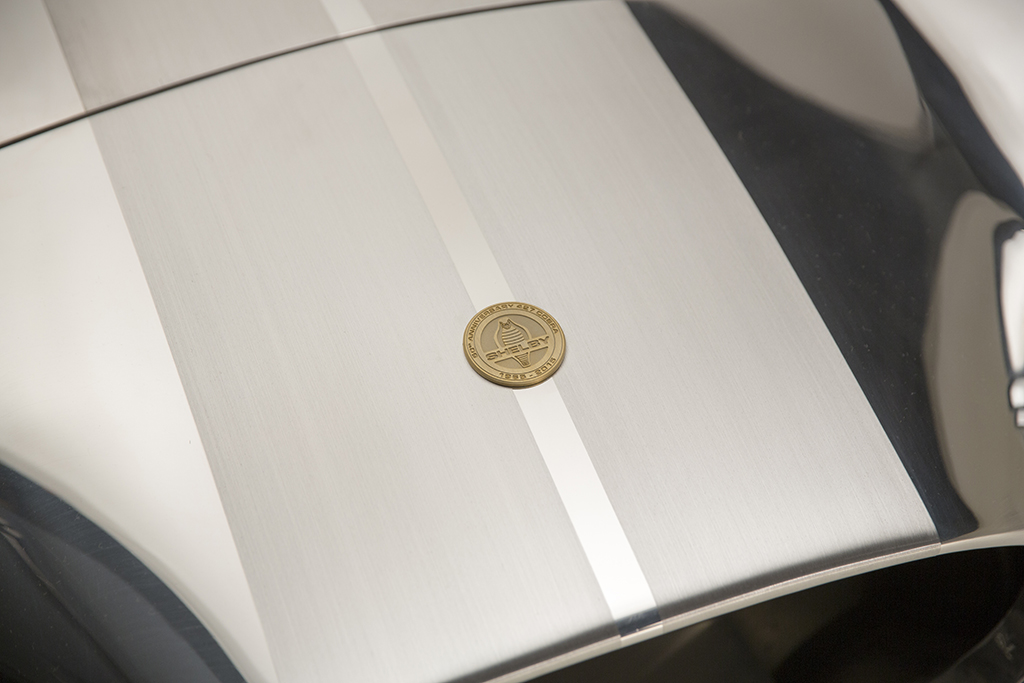 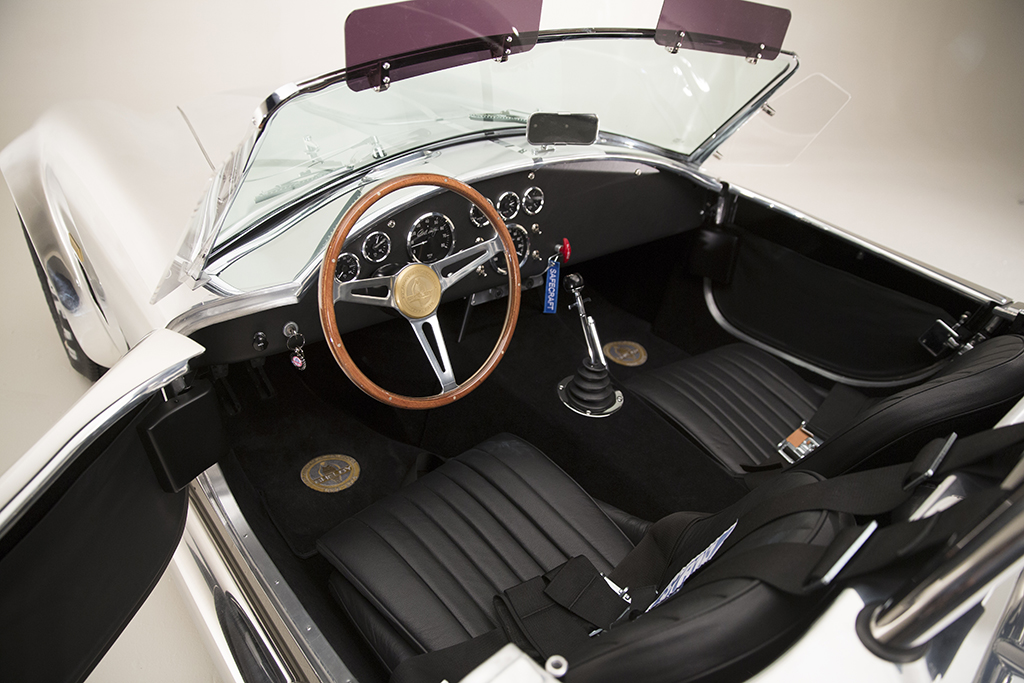 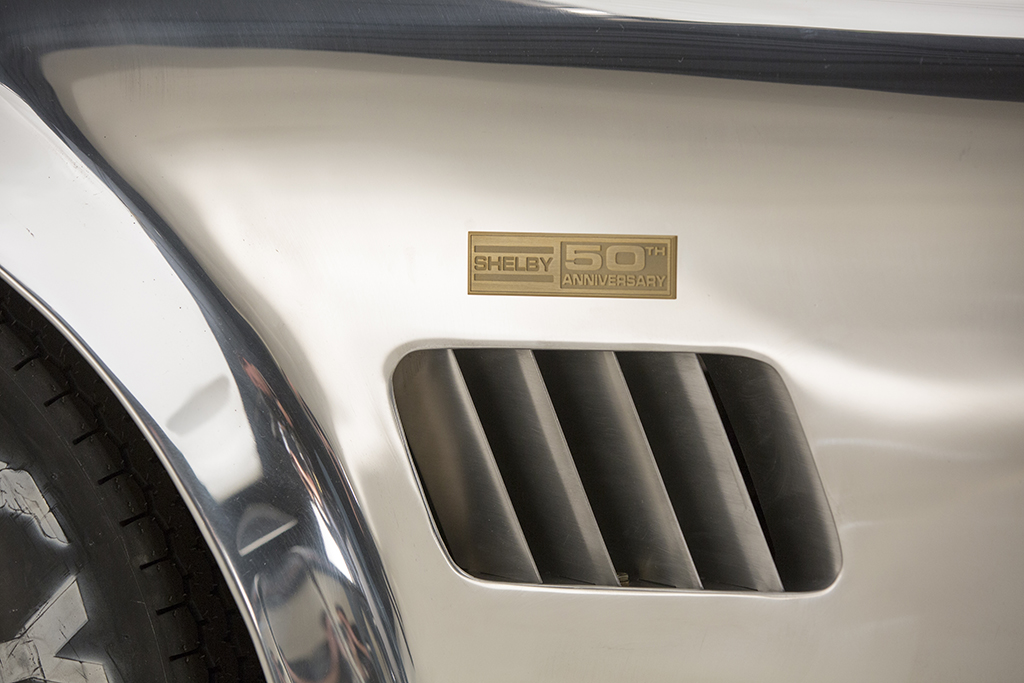